There’s been lots of exciting happenings at the Society these last few months; I am proud of what we have accomplished. Our first industry workforce program, Real Jobs (partnership with the Rhode Island Dept of Labor and U.S. Department of Labor) is in the books. This amazing program, providing world class training to college juniors and seniors, exceeded all our expectations. A graduation luncheon was held June 19th. RISPCA would like to thank all who attended to support the students including Lt. Governor Dan McKee and Cranston Mayor Allan Fung, RIPEC and Rhode Island Business Coalition Director John Simmons, Rhode Island Department of Labor and Training Director Scott Jensen and Rhode Island Manufacturers Association Executive Director Dave Chenevert. Karl Wadensten, President and CEO, VIBCO and Junior Jabbie, President and CEO, Banneker Industries also attended. Guest VIP speakers for the program featured Treasurer Seth Magaziner, Wadensten, Rhode Island Department of Business Regulation Director Liz Tanner, RISCPA board chair, John Ayers and immediate past chair, David Lucier. This public/private partnership is providing the accounting and financial services industries with an innovative pathway to talent and will strengthen Rhode Island’s economy and we hope to expand this program to further support our industry. 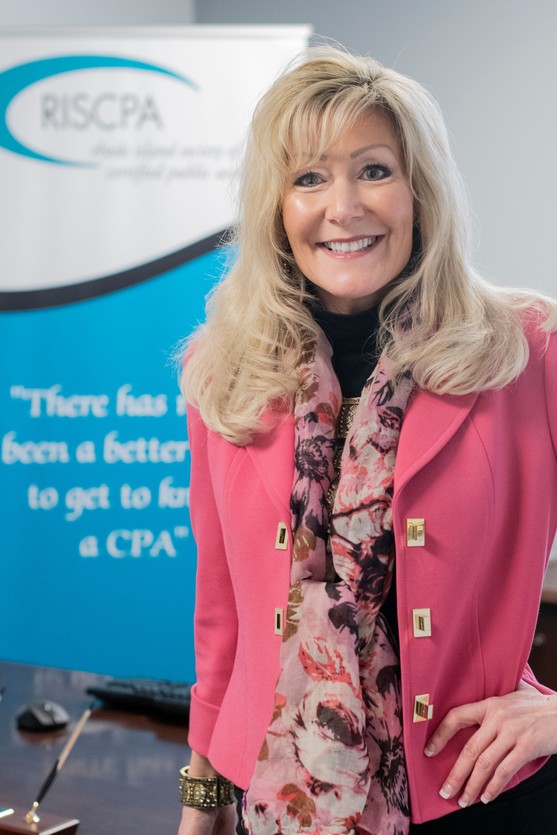 RISCPA has two interns on board for the summer who have been hard at work assisting the staff with updating the Society website, streamlining our database and creating marketing materials including the Society’s first ever promotional video and PowerPoint.

The legislative session, one of the more challenging in recent memory, is now in the books and noteworthy for some of what was NOT in it, like a Medicaid tax on large employers. RISCPA advocated fiercely on behalf of members and are pleased the $9.97B budget held the line on new taxes. In addition, thanks to the efforts of Society members, several bills were passed including adding a work-around for owners of “pass through” entities whose state and local taxes exceed the new $10,000 cap on the state and local tax deduction on their federal tax returns. We applaud Cap Willey and Randy Dittmar for taking the lead on this legislation. Another win for the Society is the passage of a 10-year statute of limitations on taxes, which had been stymied for years until it passed the Senate Judiciary Committee last week. The Society lobbied for this legislation along with the Rhode Island Business Coalition, Chambers and multiple business groups. We are grateful to the efforts of Speaker Nicholas Mattiello and his leadership on promoting a “pro-business, pro-economy” budget with significant investments in economic development programs (including the creation of a Small Business Development Fund) and changes to public education with increased funding and initiatives that align Rhode Island with the reform efforts that transformed the Massachusetts education system. The Speaker also led the way to reject dozens of proposed new taxes (he met with industry leaders personally to discuss items like Medicaid), continuing the car tax phase-out and increasing assistance to hospitals and nursing homes to help the most vulnerable among Rhode Island’s aging population.

Speaking of education, RISCPA hosted Neil Steinberg, Director, Rhode Island Foundation, at the recent RI Business Coalition meeting to discuss the Education initiative they began this year with a group of key stakeholders. The effort focuses on how Massachusetts enacted reform in 1993 with the support of the business community. Mr. Steinberg will be featured in an upcoming “guest spotlight” for members and after this week’s report on the status of Providence Schools, I hope all members will unite with other industries in supporting the education reform effort.

I am enjoying meeting with members and hearing your thoughts about RISCPA and ways we can provide value; it is extremely helpful. These meetings have led to the creation of new programs and educational features including the launch of our first ever data analytics classes in the fall. We are also planning to expand in other areas like database management, blockchain, AI and more – your voice is more important than ever as we shape our future. Please don’t hesitate to reach out to me if you would like to meet.

Finally, our annual golf event is almost here, and once again, thanks to the herculean efforts of the rockstars on our Social Activites Committee, it is once again sold out. New for this year, we’ve added a special networking VIP event to provide members (including non-golfers) with an opportunity to network with industry and state leaders.

Wishing you and your families a safe, relaxing and fun summer!
Melissa