Due to the ongoing COVID-19 crisis, all live CPE classes for the remainder of 2020 will be held virtually. Please feel free to contact RISCPA with any questions or concerns. 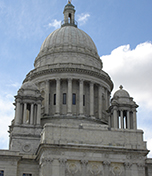 RISCPA, as a member organization of the RI Business Coalition was very busy this spring monitoring legislative activity and the state budget process as the General Assembly moved toward adjournment in June. Lawmakers have unveiled their own revisions to Governor Raimondo ‘s $9.6 billion-dollar state budget for 2018-19, including proposed adjustments to numerous budget spending requests and major legislative packages. The General Assembly’s budget plan is expected to come up for final votes this week. High profile items still pending before adjournment include:

* a controversial bill on Pay Equity. The business community has urged lawmakers to study the issue further before going forward due to the negative consequences it could produce in the workplace in areas of employee titles, assignments and areas of responsibility as well as the potential for costly and unnecessary legal disputes it could trigger for business owners.

* the new PawSox Stadium legislation: final legislative approval of construction of a new ballpark for the team is still in flux. The team’s fate will be one of the final votes of the session.

Other bills the Business Coalition addressed this spring:
S. 2381  Medical Assistance/Wage Hike for Health Workers: We opposed this bill, which essentially calls for increasing the minimum wage for health-related workers across the board by requiring that an amount equal to 95 percent of the annual inflation rate be dedicated as a wage increase for health care staff. The bill would force the wage increase on wide categories of employees in health care and hospital settings including nurses, certified nursing assistants, medical technicians, housekeeping staff, laundry staff, dietary staff, and other workers of the nursing center or hospital. Any facility that does not comply with this legislation would essentially have to provide the same amount in a payback to the state. This bill seems designed to counteract changes in ownership occurring at hospital groups within the state through attempting to legislate compensation levels, and we believe the bill would force hospitals or nursing homes to make difficult or even dangerous staffing decisions by maintaining reduced levels of employees.

H. 8279 Fair Employment Practice. We opposed this legislation that would expand the definition of employee in the Fair Employment Practice Act to explicitly include volunteers and unpaid interns. We believe the intent of the legislation is very unclear, but the consequences of expanding what defines an employee to these categories would be disastrous for business. Furthermore, it could set a precedent that would conflict with other established Rhode Island labor laws.

H. 8277 Sexual Harassment, Education and Training in the Workplace. We oppose the bill which would mandate every private employer in the state provide sexual harassment training within three months of every new hired employee or supervisor/manager. This will not only be costly to employers, who might need to pay for monthly training depending on staff turnover, it will also lead to increased administration. We believe the rapid timeline of requiring training be provided within 3 months of a new staff person or new manager is excessive. Only two states, California and Connecticut, require training within six months of hiring and no state requires it within 3 months.

Other State issues we monitored:
*Medicaid reimbursement fee dispute between the state and nursing homes and resolution of a new $24 million penalty on the state for a missed court deadline. This issue emerged near the end of session when it was revealed that a lawyer in the state department of Health & Human Services (HHS) handling a large and complex Medicaid reimbursement court case for the state, missed a critical court filing that could end up costing RI taxpayers $24 million. The lawyer not only deleted emails referencing the court appeals deadline information that was connected to a court victory by nursing homes, but was later found to be practicing with a suspended law license. The Governor has referred his case to the Attorney General’s office to investigate.

Washington, DC: The issues of separating illegal immigrant families crossing the southern U.S border and international diplomacy have been at center stage for the Trump administration in recent weeks. The zero-tolerance immigration policy at the border has resulted in thousands of immigrant children, some under 5 years old, being separated from their parents and held at sprawling detention centers in southern border Texas towns. Democrats in Congress are asking that President Trump freeze the policy to stop the separation of children from parents but the President says Congress has the authority to change the policy as it reflects existing immigration law.

Meantime Trump’s recent summit meeting with North Korea’s authoritarian leader Kim Jong Un marked the first time an American President has met with the leader of the world’s most isolated and repressive regimes. The summit’s goals of forcing North Korea to give up its nuclear weapons in exchange for the loosening of economic sanctions by the West were discussed and some levels of agreement were reached. It remains to be seen if the tentative agreements will hold up in the months to come. Stay tuned!