Category: ICYMI (In Case You Missed It) - Financial News Around the U.S.

Hope you’ve enjoyed the holiday season with your family. With 2020 just around the corner, we thought we would share some observations about 2019. Our economy has strengthened in important and encouraging ways this year, and we’d like to highlight some of the examples -- with thanks to the leadership and support of Governor Raimondo, Speaker Mattiello, Senate President Ruggerio and the General Assembly.

●  The state’s unemployment level (3.5%) dropped again last month and is right in line with the national average. Over the course of 2019, Rhode Island’s unemployment rate has declined half a percentage point, and the number of unemployed Rhode Islanders’ has decreased by 2,600. As a reminder, from 2014 to 2018, our average annual unemployment rate dropped more than any other state’s.

●  In the second quarter of 2019 (the most recent period for which data is available), Rhode Island's GDP grew 1.5% -- the second highest growth rate in New England.

●  Tourism is up in Rhode Island. Our marketing team has focused efforts on growing the travel and hospitality economy by attracting overnight visitors during the fall and winter months. Hotel room reservations were up nearly 10 percent statewide this November compared to 2018 due in part to coordinated advertising placements and new fall-focused content and itineraries on VisitRhodeIsland.com -- as well as newly opened hotels due in part to Commerce programs.

●  There’s more than $2 billion invested across 28 projects in various stages of development this year. Through Commerce tools and programs, we’ve been able to get important projects like new manufacturing facilities, corporate offices, hotels, and mixed-use residential off the ground and under development. Included are projects such as Amgen’s new facility in West Greenwich, a next-generation biomanufacturing plant that will manufacture a variety of biologic therapeutic products; the recently completed Gotham Greens in Providence, a 110,000 square foot state-of-the-art greenhouse that will produce 10 million heads of farm-fresh lettuce and leafy greens annually; and hotels like the Residence Inn in downtown Providence and Hammett’s Wharf in Newport.

●  Rhode Island has recently made an unprecedented investment in innovation. This year saw the opening of two new innovation centers, the Wexford Innovation Center in Providence and Innovate Newport. And there are five new Innovation Campuses projects in development, including the recently announced 401 Tech Bridge, a partnership with the U.S. Navy. The 401 Tech Bridge will allow a series of Rhode Island-based partners to conduct cooperative R&D in order to solve Navy problems via small business innovation, and will enable us to solve commercial problems via Warfare Center inventions. Specifically, thanks in part to a grant from the Governor’s Innovation Campus program, the Naval Undersea Warfare Center’s (NUWC) Division Newport is teaming up with the University of Rhode Island, the Composites Alliance of Rhode Island and the Rhode Island Textile Innovation Network. We are grateful to Polaris MEP and the Rhode Island Marine Trades Association for catalyzing and coordinating this effort. (You can read more about each of the Innovation Campus projects here, here, and here.)

●  The Wexford Innovation Center is already thriving. Less than six months after opening, the Cambridge Innovation Center already has more than 50 companies (with more than 150 employees) leasing space. MassChallenge RI, the global business accelerator, has located at CIC with its classes of new companies. Additionally, Venture Mentoring Services of Rhode Island has merged its team of 40+ expert and experienced volunteer mentors (and over 70 promising startup companies under coaching) into RIHub at CIC. When you take into account the other tenants of the Wexford Building such as Johnson & Johnson and the Brown School of Professional Studies, the thriving community of innovators and entrepreneurs we collectively envisioned for the Wexford complex is quickly becoming a reality at 225 Dyer Street.

●  We are investing in our state’s small businesses. The Innovation Voucher program -- designed to spur research and development -- just awarded its 80th grant, the most recent awardee being American EcoTech, a manufacturer based in Warren, R.I. The Small Business Assistance Program has increased access to capital to more than 115 businesses, more than half of which are women- or minority-owned enterprises. Also, since 2015, each year the state has hit an overall record number of small business filings, reaching another all-time high this year with 9,747 at time of publication (up from 9,219 in 2018).

●  Rhode Island continues to lead the way in Offshore Wind. Home to the only operating offshore windfarm in the country, and co-headquarters of Orsted’s US operations, Rhode Island added to the industry’s presence in R.I. this past year when we welcomed two wind energy supply chain companies to the state. These companies specialize in turbine operations and maintenance. GEV Wind is creating its U.S. headquarters here, and Boston Energy Wind Power Services chose Rhode Island for its U.S. base of operations.

● Just last week a medical device manufacturer called SenTec announced plans to open a new regional headquarters in Lincoln, R.I. SenTec’s products focus on real-time monitoring of patient ventilation and oxygenation by utilizing proprietary technology and are used by the top 10 neonatology centers in the country. Sentec’s Rhode Island operation will be comprised of operations managers, sales and service technicians and other staff, with an anticipated median annual salary of $100,000. They join other companies like Custom Miller & Box (expanding in Pawtucket) and Aretec (establishing operations in Providence) that are growing and locating here in Rhode Island.

●  The Port at Davisville at Quonset broke its auto import record in 2019 with more than 300,000 cars imported. Governor Raimondo’s investments in Quonset’s Pier 2 and construction are now well underway, meaning even more growth for cars and other cargo at this key port of entry.

●   And not to be forgotten: earlier this month, we unveiled the vision for the largest development project in the history of Pawtucket. That was the first step in a multi-step process. There’s a lot of work left to do and the plans will inevitably evolve over time. But the Blackstone Valley’s revitalization will be an exciting focus for us in 2020 and beyond.

In closing, Rhode Island has made a great deal of progress over the past year. Of course, we have much more work to do. Frailties and challenges persist within our economy -- and we won’t rest until the benefits of our economic growth are shared by all Rhode Islanders.

The Commerce team and I want to thank Governor Raimondo, the General Assembly, and our public and private sector partners – including fellow state agencies; chambers of commerce including those of Greater Providence, Newport County, and Northern Rhode Island; industry associations such as the RI Manufacturers Association and RI Bio; the Rhode Island Society of Certified Public Accountants; the Partnership for Rhode Island; and many others – for making our state’s progress possible.

We are grateful for our collaboration and for your commitment to Rhode Island’s economic success. We wish you and your families a joyous holiday season and a happy new year. We look forward to even more partnership and progress in 2020. 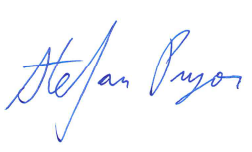